Overcoming Imposter Syndrome Once and For All

Do You Have Imposter Syndrome?

Do you often feel as though you’re a fraud, or don’t belong? Do you have negative thoughts running through your head telling you, “I can’t do this” or that you “don’t deserve” that? Does your mind replay mistakes you’ve made no matter how insignificant or long ago they occurred?

If this sounds familiar, you might have imposter syndrome. Imposter syndrome is a pervasive feeling of self-doubt and insecurity despite often overwhelming evidence to the contrary. This phenomenon strikes smart, successful individuals and often shows up at its worst after an especially notable accomplishment.

Say you get hired for a new position, but your only thought is, “I just got lucky.” Or you get accepted into a program, and you think, “There must not have been very many applicants.”

Facing feelings of insecurity and self-doubt is something that we all deal with, but when we allow those feelings to overwhelm us, we can hold ourselves back from pursuing the goals we want to reach and from doing God’s will.

What You Can Do About It

From high school students to CEOs, imposter syndrome doesn’t discriminate. Imposter syndrome affects millions of people, even those who you might never think would have any reason to lack confidence.

During this experience, my goal is to explain what imposter syndrome is, discuss where it comes from, how it presents itself in different ways, and share techniques for overcoming it. I’ve created this experience as a way to help people like you define, label, and work through feelings of insecurity so that you can enjoy all the successes you’ve earned.

Confidence is something we all need. However, when our mind is continuously pushing back against the evidence that we’re doing a good job, those dysmorphic thoughts can hinder relationships, cut you off from opportunities, and stand in the way of your best life.

If you keep seeing yourself as undeserving of your success, the odds of you achieving success are pretty slim. 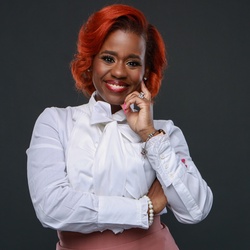 Rebuild the Way You Think

We’re often taught not to brag about our successes, or that it’s more polite to be overly modest, but these habits can help create a foundation for imposter syndrome. In fact, our faith tells us to be “humble” and not “proud,” but sometimes we forget that humility doesn’t equal self-degradation.

While there’s nothing wrong with being modest and humble, when you regularly brush off praise and find it uncomfortable to take a compliment, you may be experiencing imposter syndrome.

In reality, being an expert in your field is okay, and it’s okay to say so. It’s okay to pat yourself on the back every once in a while or even accept admiration from others. The key is to do it with humility, always remembering that your talents and gifts come from God.

Imposter syndrome is widespread but rarely discussed. Sufferers remain silent because of feelings that they don’t belong. In the words of Tina Fey, a self-described imposter: “Everyone else is an imposter, too.” Join me to say goodbye to your imposter mentality and gain perspective on your life’s successes!